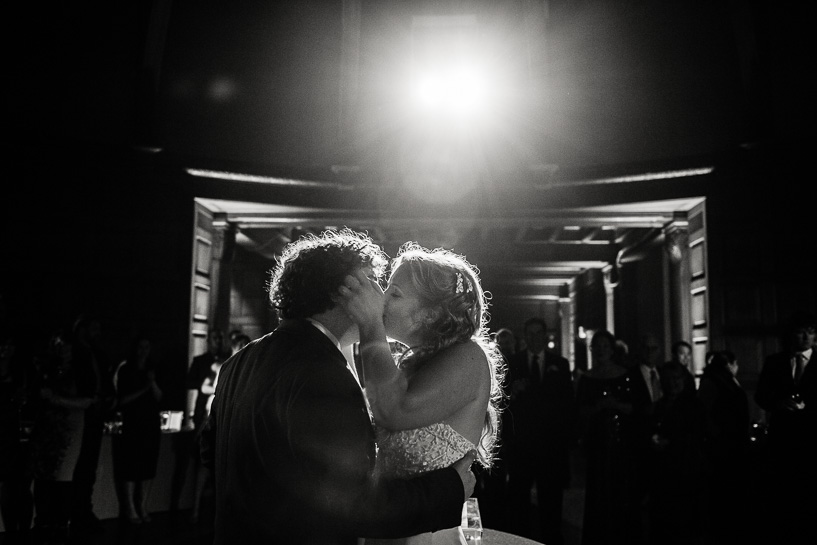 Although I’m a Denver wedding photojournalist, it seems only half of my documentary wedding photographs are made in Colorado. I was especially honored to photograph Stephanie and Nick’s wedding in New Orleans after photographing her sister’s Virginia wedding a few years earlier. I like it when I get to photograph multiple weddings within a family. Things are both familiar and new, and when everyone greets me like an old friend I feel all mushy inside.

I’d never been to a wedding in New Orleans before, and this was a big one. The rehearsal dinner was at Galatoire’s Restaurant, a New Orleans landmark. Stephanie was very polite when she realized I’d never heard of it. Just as she was when she had to explain what a Second Line was. If you followed that link, you’ve lost the right to laugh at me. Stephanie laughs. A lot. In sort of an infectious way, so everyone in the room is laughing. Only when I thought about it later did I realize that she was often the source of it all. She’s like that.

The ceremony was at the Sculpture Garden of the New Orleans Museum of Art. I didn’t see much sculpture in the area as it was getting dark before the ceremony began. Very dark, by the time we took group pictures. My assistant had to shine his phone light on people so I could find them in my viewfinder, compose and focus. I’d brought a softbox with me, so people looked good in the photos, but it wasn’t just the humidity that had me sweating bullets.

With the preparation site, ceremony and reception scattered across a city not known for traffic flow, I was wondering how they were going to meet seemingly impossible timelines. I’d ridden in limos with police escorts a few times when working in journalism in Washington DC, but never as a Denver wedding photojournalist. I felt a little bad for all the people blocked from entering every intersection en route to let us go through at speed, but I have to say I could get used to it. Do discuss this with your wedding planner, see what the options are. 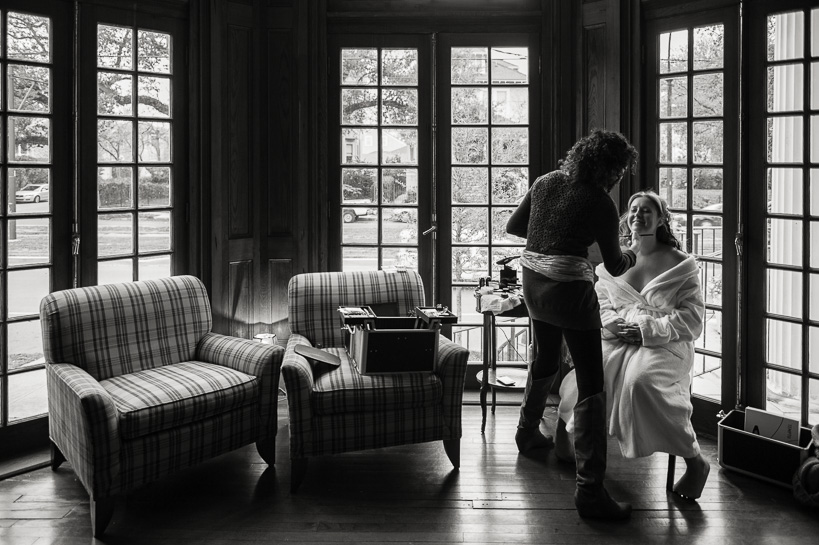 Stephanie got ready at her home in an old section of New Orleans. 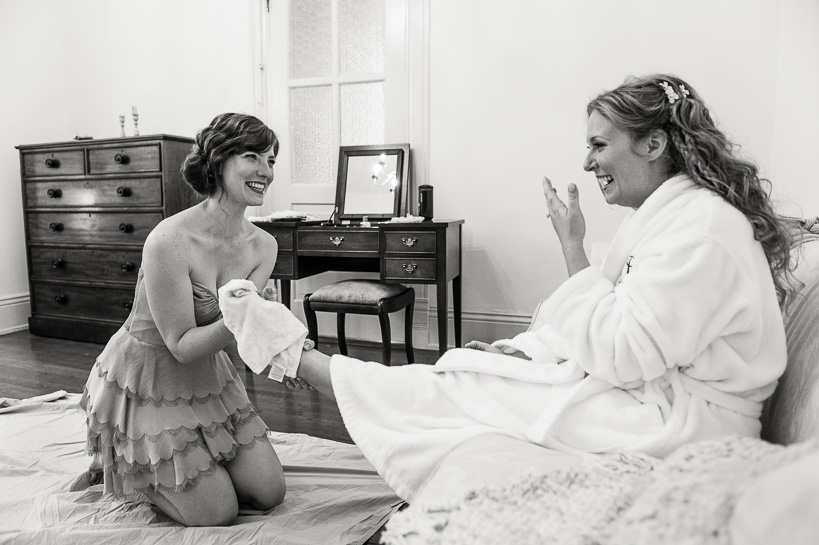 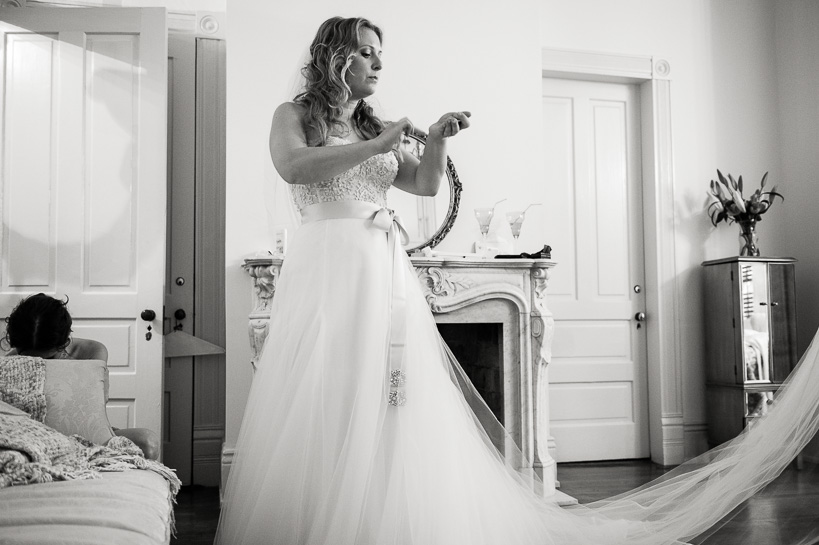 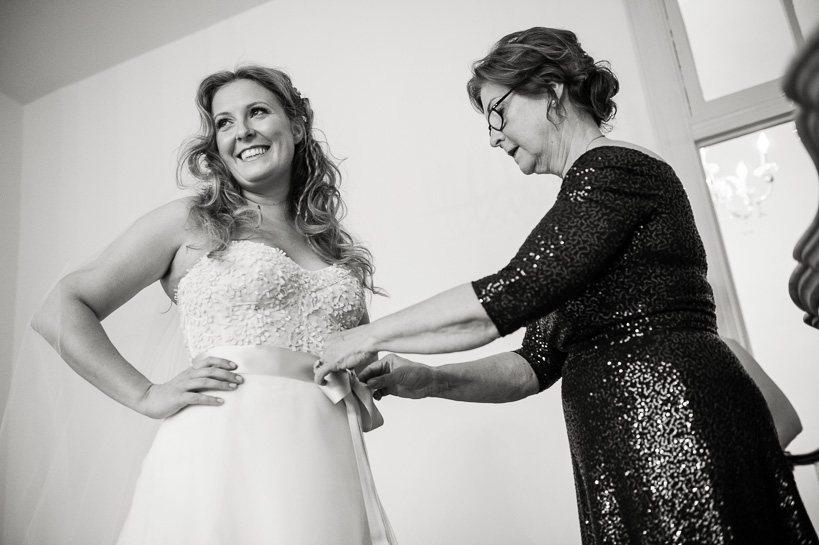 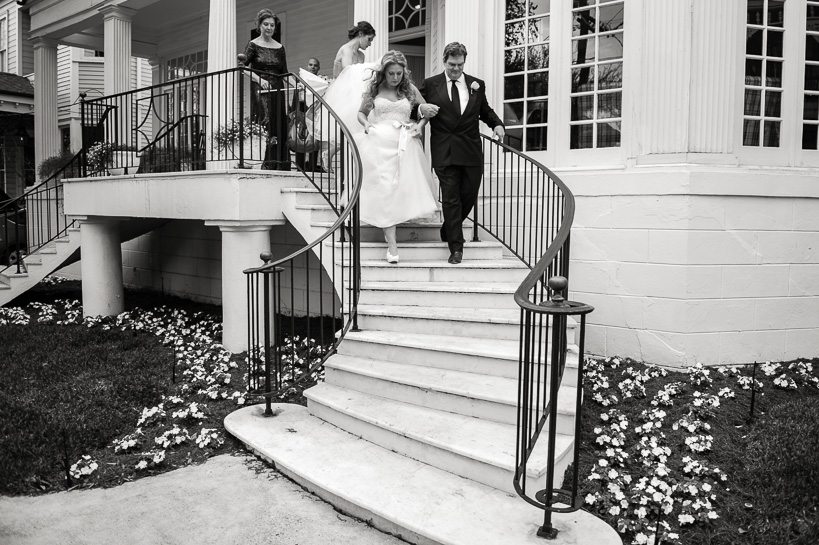 Stephanie and her father descend the steps of her home. 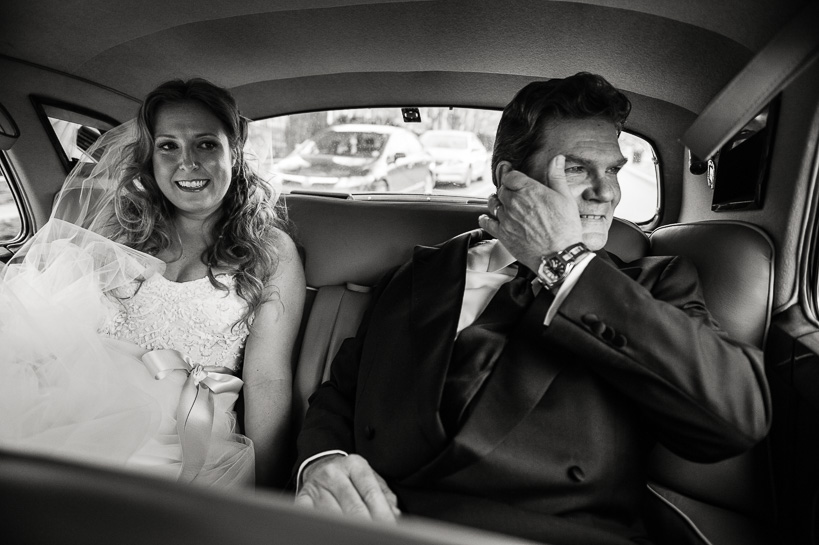 In the back of the Rolls with her dad. Traffic can be tough in New Orleans, but apparently not when you have a police escort. If you can’t get to the wedding on time under these circumstances, you have no excuse. She was not late. 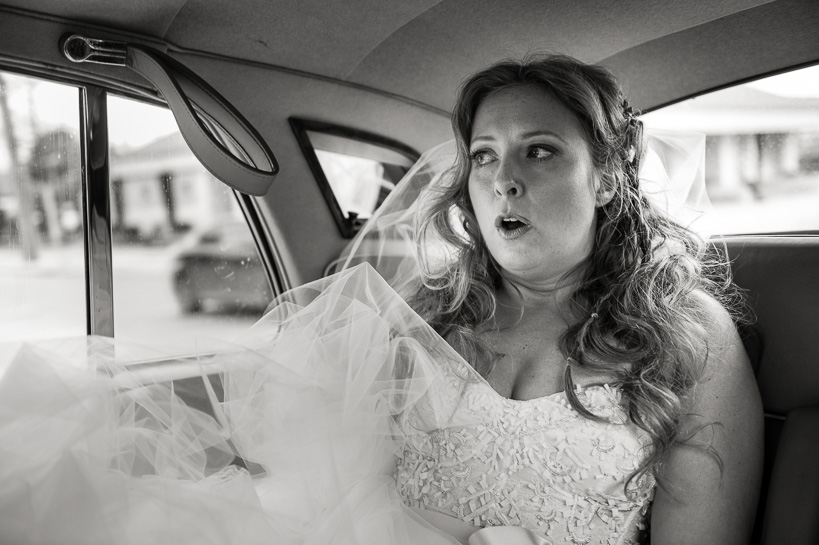 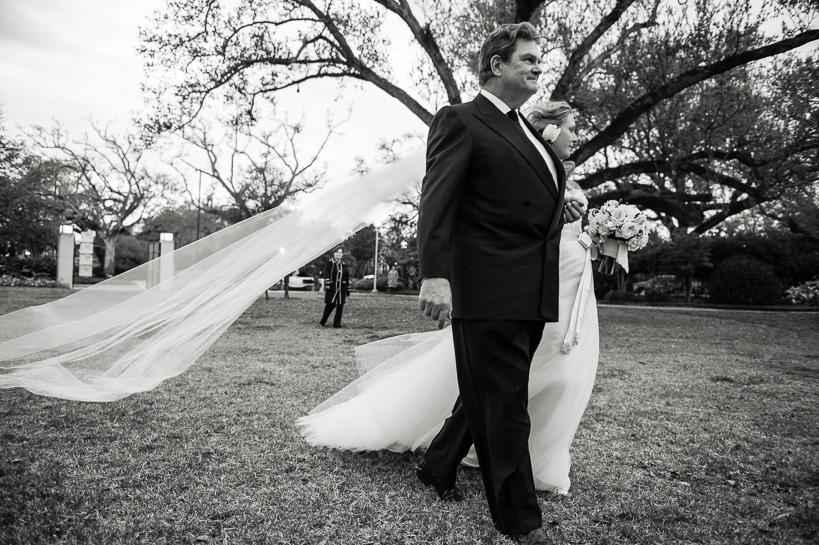 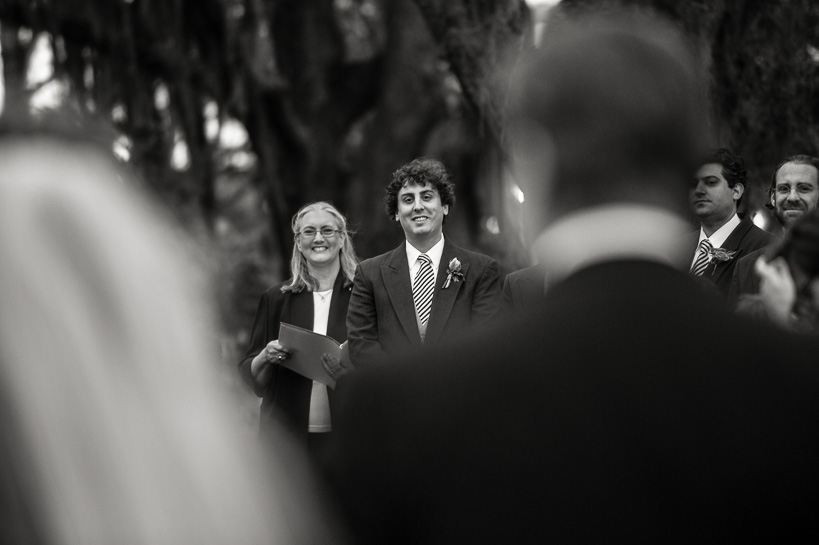 The wedding was at the Sculpture Garden of the New Orleans Museum of Art. 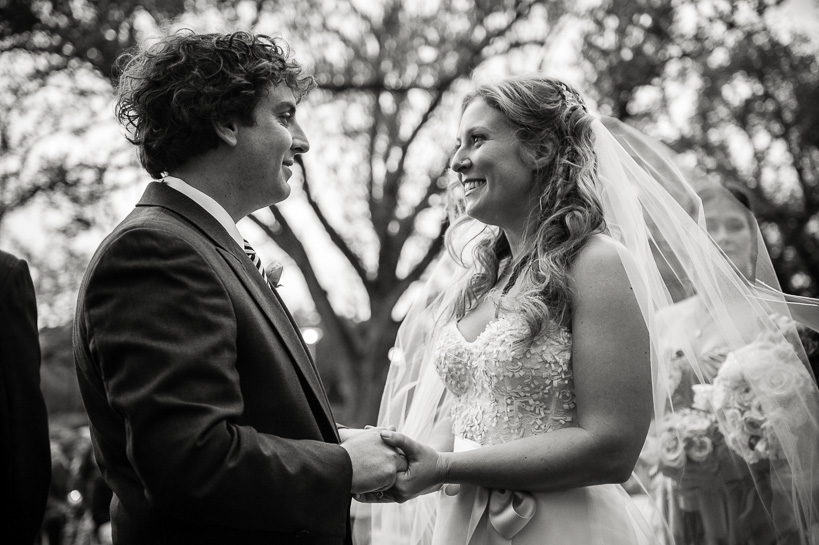 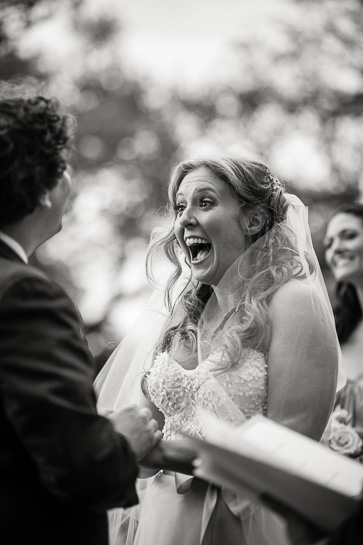 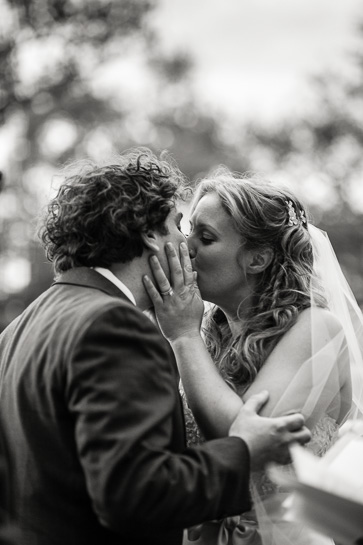 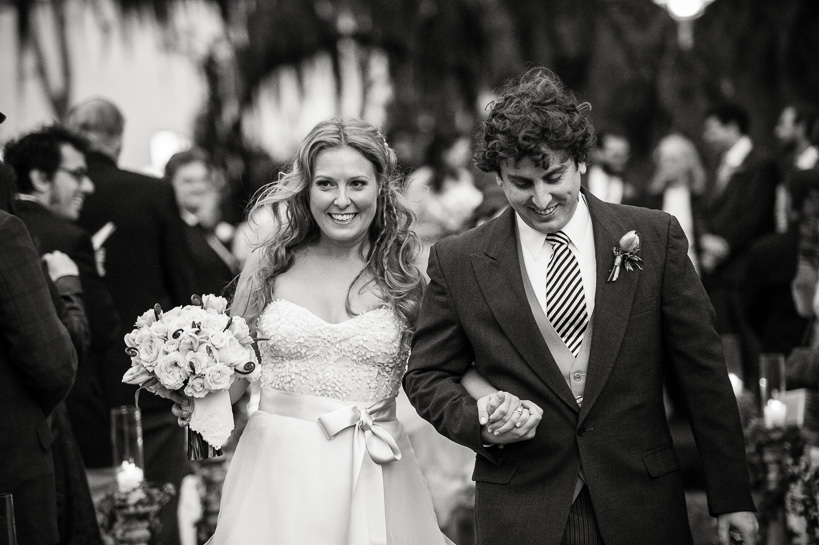 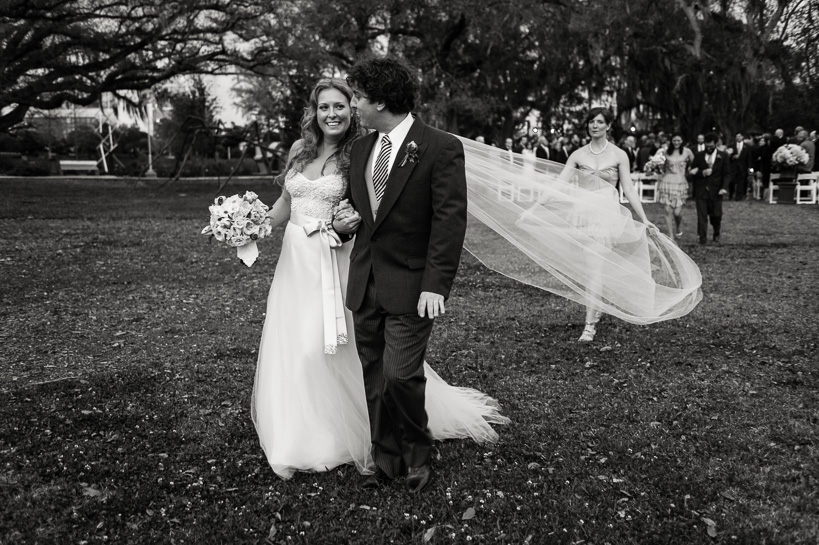 Be nice to your sister. You may need her help one day. 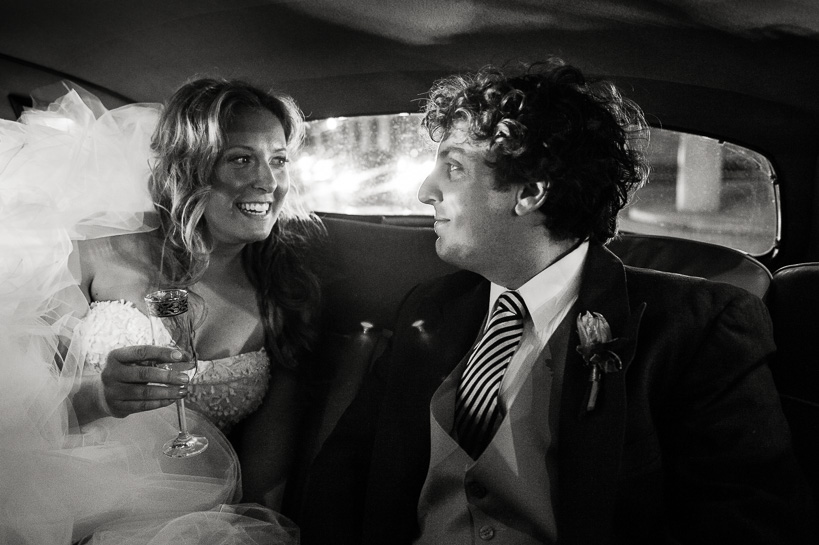 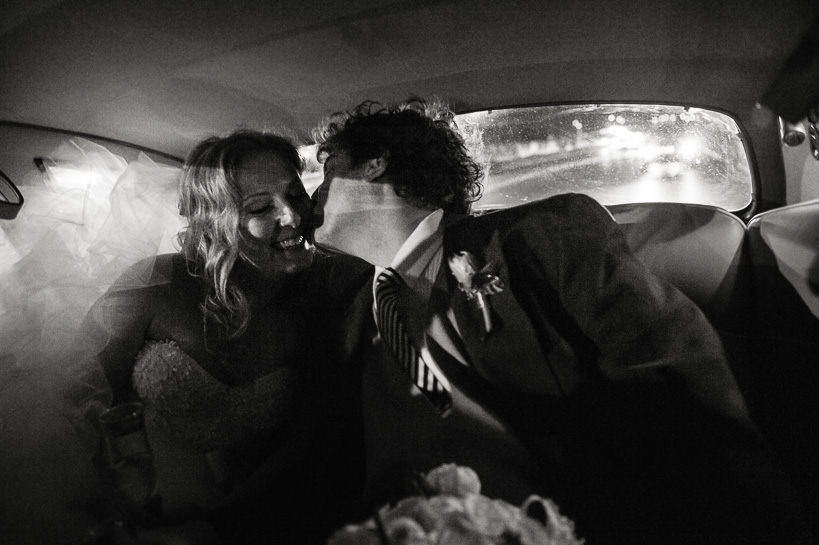 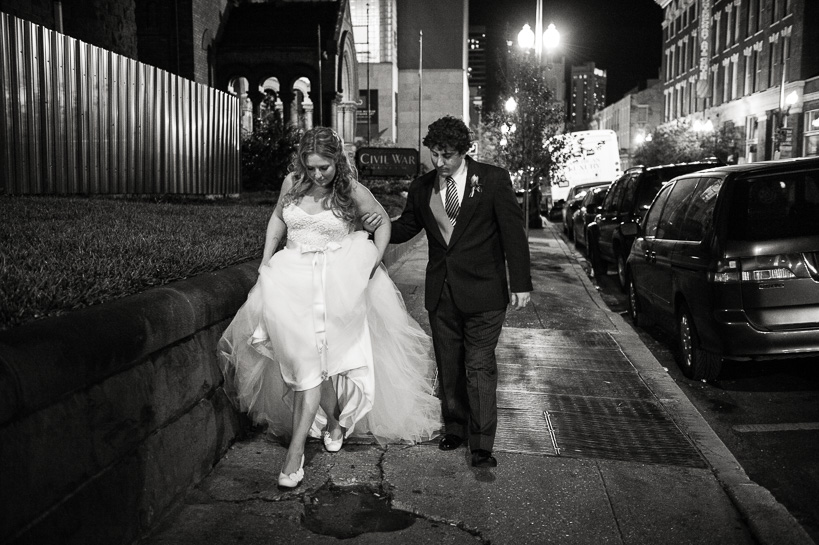 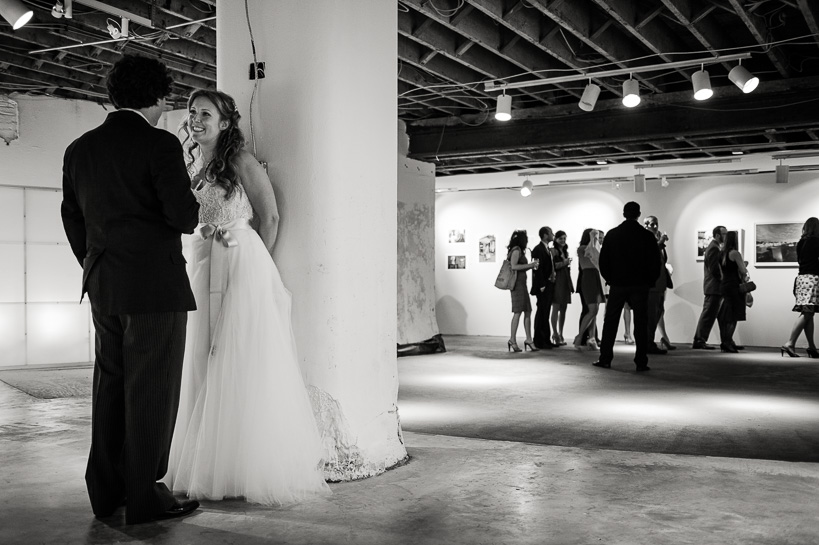 Finding a hiding place while the guests wander into the reception. 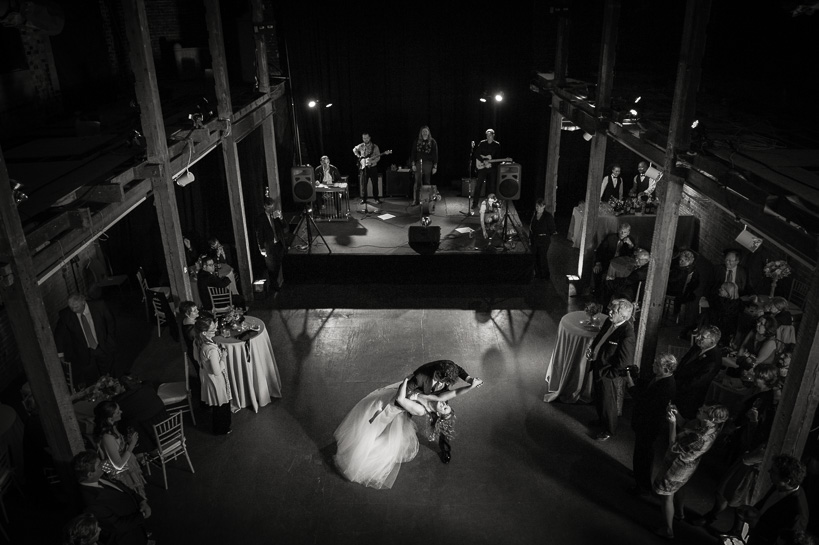 The reception was at the Taylor Library of the Ogden Museum of Southern Art. 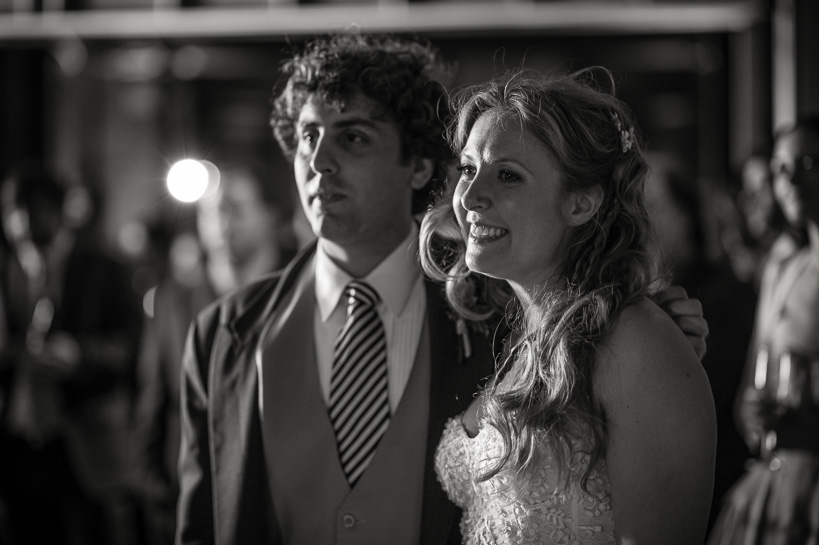 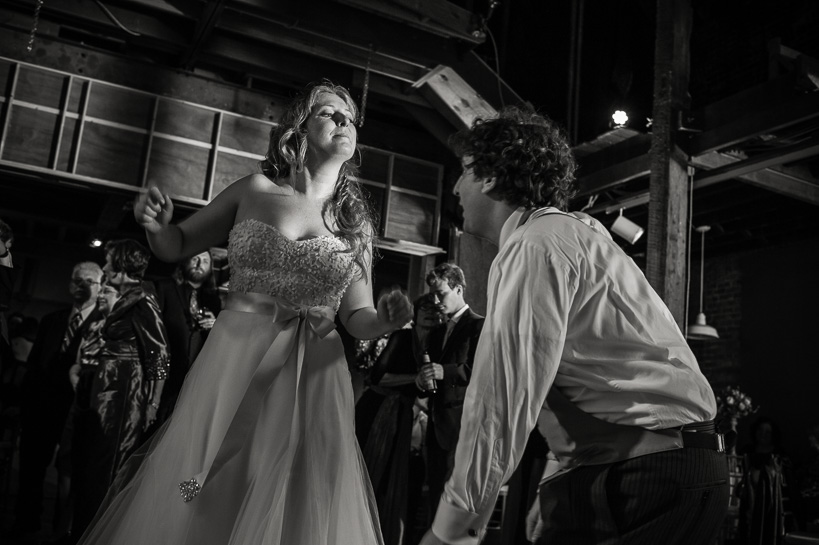 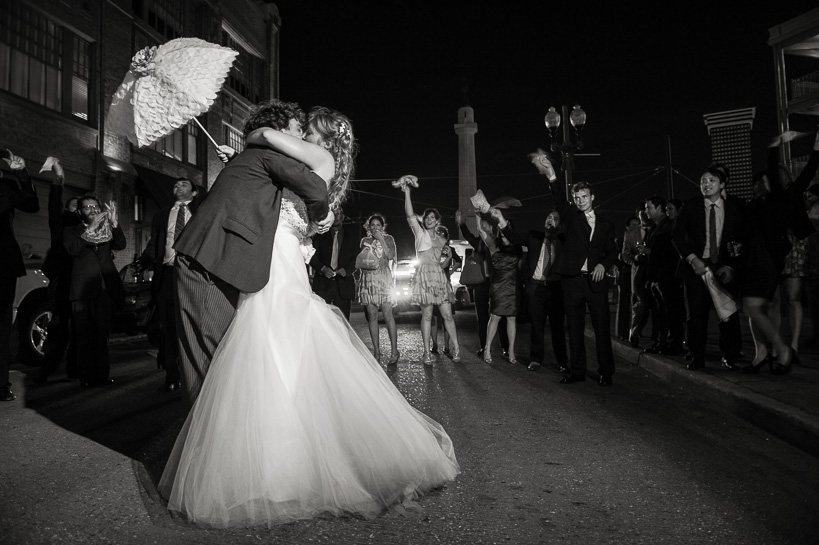 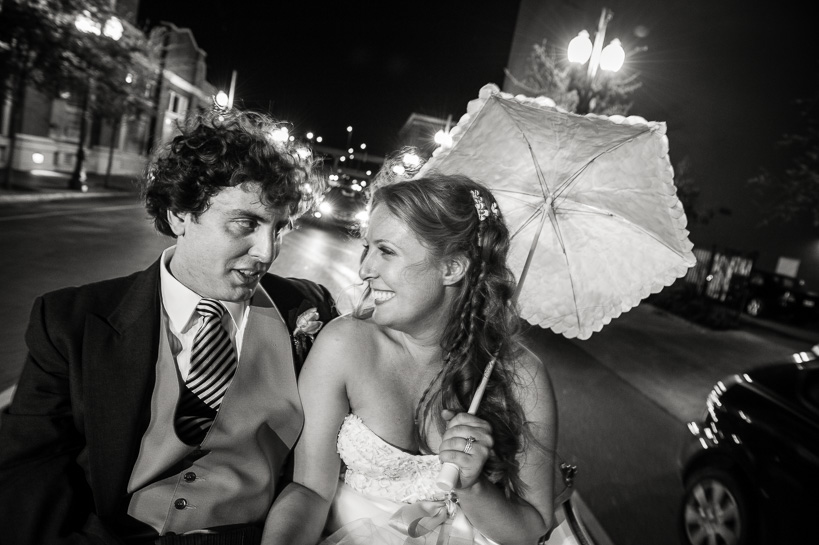