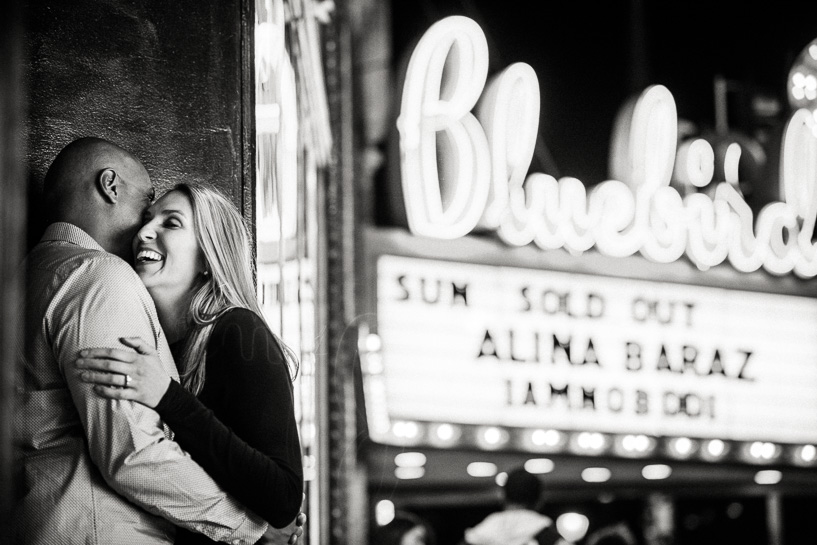 Denver is a great place for engagement photography. Urban and rural environments are only a few minutes apart. Because I mainly do wedding photojournalism, this isn’t something a lot of my clients think to ask for, but it’s a fun way to spend a couple hours and for us to get to know each other better. It’s a bit of a paradox, but once they get to know me it becomes that much easier to completely forget about me on the day of the wedding.

I don’t look at a lot of wedding photography, outside of a few sites that feature a more documentary approach. It’s good to work with strong graphics and dramatic light, but for my engagement pictures I never, ever want those things to take on more visual weight than my subjects. I think if you notice the effect more than the people themselves, something is amiss. My engagement photos are a little less sentimental than some, but whatever feeling is in them really does come from the couple. I still shoot in black and white, it’s just my preferred language for this and it forces me to focus on subtext and things that are a bit less tangible. Sometimes they look more like movie stills, and there’s a hint of film noir that I like. 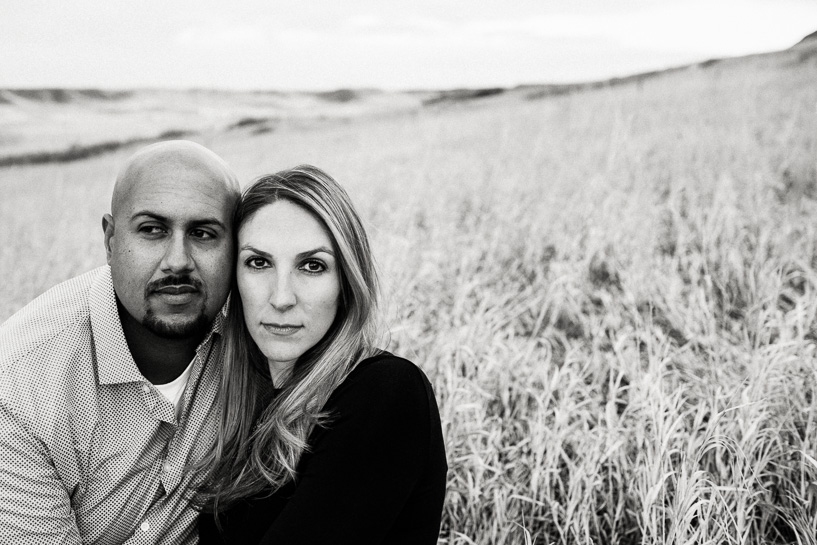 I photographed Chris and Nicole at Roxborough State Park in the late afternoon, then moved to Colfax Avenue a few blocks from my house as it began to grow dark. I hadn’t worked at Roxborough before and hadn’t realized one needs a permit for commercial photography. We were tromping through the woods looking for a good spot, and I had a long black bag that held a lightstand and a giant octabox to soften the light. Naturally, someone thought this man with a long bag and two cameras walking down the trail with a very well-dressed couple must have been a terrorist and they called the police. When we got back to the parking lot, there were two police cars waiting for us. Well, me. Then three more police cars came and surrounded my Subaru from all sides, lest I make a dramatic exit. I slooowly put the bag down and slooowly opened it for them so they could see what was inside. I opened my camera bag. I opened the rear hatch. I showed them everything, or more accurately, the complete absence of anything remotely suspect.

Eventually they ran out of questions and couldn’t explain why they were keeping us there, though I suspect that after ten police is five cars tore down the road to surround me, their mere presence seemed to indicate that there was a threat. Otherwise, why were they all there? They seemed relieved when one of them thought about the commercial photography permit. 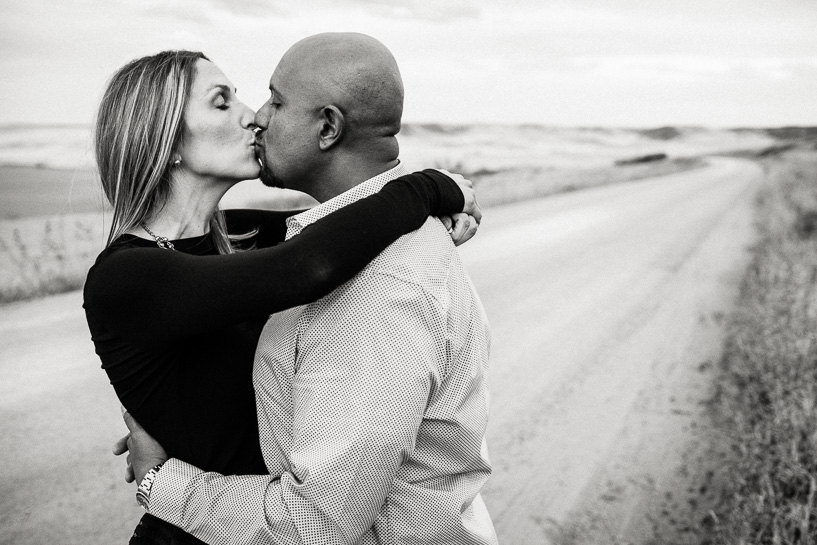 We ended up shooting outside of the park. To be exact, roughly ten feet outside the park. Visually, it still works.

When I lived in Washington DC, I had to get these permits all the time to work anywhere near the monuments or the grounds of the U.S. Capitol, but I never really thought about them for a nearly empty state park on a Sunday afternoon. I do think of them now. Shooting on crowded sidewalks on Colfax Ave, even with lights, was a comparative breeze.